Kevin Slattery, our vice-chairman, welcomed us all to the February 2018 meeting and reminded everyone about the proposed visit to Ironbridge in May.

He then gave a plug for the competition run by the BBC TV programme, Countryfile, to vote for public garden of the year 2018. We were all encouraged to vote for our local spectacular Bodnant Gardens.

The first presentation was from Adrian Hughes who gave us a fascinating overview of how herbs and medicinal plants were collected and used for the war effort. This was necessary as vital components and ingredients for medicines which had been transported to Great Britain from America were in short supply due to the continual large scale sinking of supply convoys by German U boats. The call went out to communities across Britain that all kinds of medicinal plants had an important role to play in keeping troops and the general population healthy. 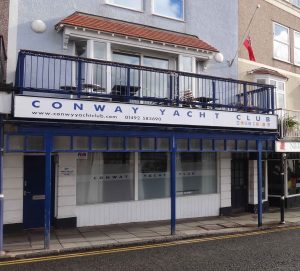 Nettles and Sphagnum moss were collected around the Betws y Coed area and were taken by rail to what is now the Conwy Yacht Club’s premises on Deganwy Road, sorted and the leaves dried, put back on the railway and sent to the South of England for processing. The Sphagnum moss was bagged up and sent to use for wound dressings as they were antibacterial and helped absorb blood and pus. In 1939 90% of the nettles were used for dyeing uniforms. Only the nettle leaves were dried, the stems were thrown away and stinging was a major problem.

Bangor University made a plea for the collection of other plant matter. Ferns were used to treat wounds as well as burdock, coltsfoot, elderflower, raspberry leaves, horse chestnuts, juniper berries and foxgloves.

If you are curious, identification of some of these plants can be made in the book “Flowers on the Path” by Betty Mills available from the History of Deganwy Group.

The Zac Brierley Story
The second presentation was by Elan Rivers.

The first important thing of note is that there were actually three generations of Zac Brierley, each with a contribution to make to the local cultural and industrial landscape.

The first Zac Brierley was a pork pie manufacturer in Rochdale, Lancashire. He had 3 sons John, James and Zac and he brought his family for holidays to Llandudno. In 1914 the youngest son Zac joined the army and when he came out in 1918 he wanted to become an engineer. Post World War 1 Llandudno was a thriving, attractive seaside resort and the young Zac saw an opportunity to bring coachloads of holidaymakers from the Lancashire mill towns. Settling locally with his family, along came Zac Brierley no 3 in 1920.

The family bought a plot of land at the top of Queen’s Rd and set up a garage to house and service the fleet of charabancs naming the company: Creams. Most of the Lancashire branch of the family moved to Llandudno leaving brother John in charge of the pork pie business in Rochdale. In 1930 a new garage for coaches and car parking was built on the corner of Gloddaeth Avenue and Deganwy Avenue. The coach business briefly thrived but in 1931 changes to the Road Traffic Act made it uneconomic to continue. 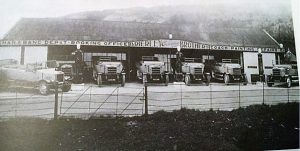 The Brierley brothers and their friend Jess Yates’ father quickly realised that the Gloddaeth Ave site was a prime opportunity to build a large theatre and cinema. The complex they envisaged was built and named the Winter Gardens with a restaurant and ballroom on the ground floor and a beautiful art deco cinema on the first floor. There was a wonderful Christie organ which rose in front of the screen and gave all round sound. Quite the latest thing! It should be said that the interior was far more attractive than the exterior. The Winter Gardens were opened in 1935 with live messages sent from Gracie Field, another export from Rochdale! By 1937 the brothers sold the Winter Gardens and it was renamed the Odeon. 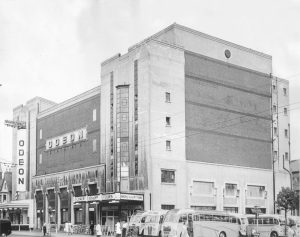 Around this time Zac the third entered the engineering business and with the Second World War parts were made for tanks and aircrafts and the business was a great success. After the war, Creams coaches was cranked back into life and tours left various points all over Llandudno for the sights of Snowdonia. They then sold the company to a Portmadoc firm that kept the Creams name. Zac Brierley the 3 had a machine tool business which eventually moved to the present Crest Coop premises. Never one to stay in a business too long, he sold it on in 1990 when 28 people lost their jobs.

When the old Winter Gardens was demolished in 1989 it became obvious that they had merely built over the top of the old transport garage as much of it was still found in situ. As a prominent and successful businessman across many local industries, and a prominent Conservative supporter, the 3 Zac’s success was marked with a knighthood.

This third talk was by Vicky McDonald. Cockfighting was a very popular activity until mid-19th century when it was banned. The audience was primarily men and nearly all villages had a cockpit which encouraged gambling. The cockerels were very fancy with steel and silver spurs fastened to their legs. Spurs were introduced by the Romans and inside the spur were biblical verses or cryptic words. The birds were well fed before the fight but as gambling was rife they often fought to the death. The sport was banned in 1849 under The Cruelty to Animals Act.

Wrexham had a cockpit in 1833 and there was one in Conwy and Welshpool. The Conwy cockpit was behind Alfredo’s restaurant and can be seen from upstairs in Plas Mawr. There was a major decline in Conwy in the 1700’s and the coming of the Railways Act 1849 closed cockpits and cockfighting became illegal. 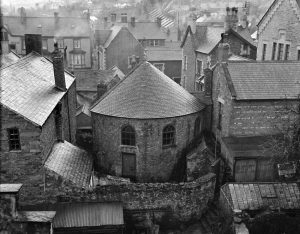 The cockpit became Conwy Ladies Art Club in the late 1890s when they were allowed to paint flowers, castles etc. This then moved to the Mostyn Gallery. It was then used by the scouts and then as an undertaker’s premises and by 1939 the building it was in poor condition. The Welsh Government’s historic environment service, Cadw, did not want to take the cockpit on and it was sold sometime after 2000. It had a conical roof, but this has been removed and the building is now largely derelict.

It was a thoroughly fascinating evening and thanks to all our speakers.